By Linda Fairstein
Email or call for price.
Special Order

Other Books in Series

This is book number 18 in the An Alexandra Cooper Novel series.

New York City is one of the fashion capitals of the world, well-known for its glamour and style.  Nowhere is this more apparent than on the runway, where American haute couture continually astounds with its creativity, daring, and innovation in the name of beauty.  Yet high fashion means high stakes, as Alex Cooper quickly discovers when businessman and designer Wolf Savage is found dead in an apparent suicide, mere days before the biggest show of his career. When the man's daughter insists Savage’s death was murder, the case becomes more than a media sensation: It is a race to find a killer in a world created entirely out of fantasy and illusion.

With her own job at the DA's office in jeopardy, and the temptation to self-medicate her PTSD with alcohol almost too strong to resist, Alex is not anyone's first choice for help.  But she is determined to uncover the grime—and the possible homicide—beneath the glitz.  Along with detectives Mike Chapman and Mercer Wallace, Alex must penetrate the twisted roots and mixed motives among the high-profile players in the Garment District.  The investigation takes the trio from the missing money in Wolf Savage's international fashion house to his own recovery from addiction; from the role of Louisiana Voodoo in his life to his excessive womanizing; and to the family secrets he kept so well-hidden, even from those closest to him—just as things are about to get deadly on the catwalk.

With Killer Look, Linda Fairstein proves once again why she is the “Queen of Intelligent Suspense.”*


Linda Fairstein was chief of the Sex Crimes Unit of the district attorney’s office in Manhattan for more than two decades and is America’s foremost legal expert on sexual assault and domestic violence. Her Alexandra Cooper novels are international bestsellers and have been translated into more than a dozen languages. She lives in Manhattan and on Martha’s Vineyard.

LINDA FAIRSTEIN was chief of the Sex Crimes Unit of the district attorney's office in Manhattan for more than two decades and is America's foremost legal expert on sexual assault and domestic violence. Her Alexandra Cooper novels are international bestsellers and have been translated into more than a dozen languages. She lives in Manhattan and on Martha's Vineyard.

“[Alexandra Cooper] just keeps getting better and better....It's not a surprise to say that this is an excellent story told by a champion ‘teller of suspense tales.’ Linda Fairstein never disappoints!”—Suspense Magazine

“Linda Fairstein is still keeping it fresh...not without drama that leaves us gripping the edge of the runway.”—Martha's Vineyard Times

“Linda Fairstein's latest...combines the drama of your favorite detective shows with a strong female heroine and a healthy dose of glitz and glam.”—Splash (Chicago)

“Killer Look maintains the high standards of one of the very best series in crime fiction.”—Connecticut Post

More Praise for Linda Fairstein and her novels

“The Queen of Intelligent Suspense.”—Lee Child

“Alex Cooper is a fascinating heroine...based on the equally fascinating life of her creator.”—O, The Oprah Magazine

“One of the best crime fiction writers in America today.”—Nelson DeMille

“Fairstein is superbly attuned to the sinister vibes of the famous, as well as forgotten, New York City locales.”—Maureen Corrigan, NPR.org

“Riveting....[Fairstein is] as good a writer as any in the genre, and with her latest, has elevated her talent to a level seldom seen in the genre.”—Providence Journal

“No one is better than Fairstein at meshing research with character and plot.”—Connecticut Post 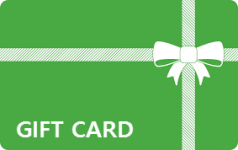 END_OF_DOCUMENT_TOKEN_TO_BE_REPLACED

This feature require that you enable JavaScript in your browser.
END_OF_DOCUMENT_TOKEN_TO_BE_REPLACED

This feature require that you enable JavaScript in your browser.
END_OF_DOCUMENT_TOKEN_TO_BE_REPLACED

This feature require that you enable JavaScript in your browser.
END_OF_DOCUMENT_TOKEN_TO_BE_REPLACED

This feature require that you enable JavaScript in your browser.
END_OF_DOCUMENT_TOKEN_TO_BE_REPLACED